Internet Connections are Getting Faster

The state of the internet report has been released by Akamai, depicting the net’s status in the 3rd quarter of 2009.

Akamai has found internet speed in the top-10 internet performing country has risen in comparison to the 2nd quarter of 2009. South Korea is on top of that list, with a 29% jump in speed to 14.6 Mbps. Ireland came in second for most improved, with a 26% rise to 5.3 Mbps. USA was only 18th on this list.

103 of the 226 countries tracked by Akamai saw average connect speeds below 1 Mbps. The differences between the developing countries and the developed countries are clear: in Asia, Europe, and the US, even the slowest-connection cities have speeds higher than 10 Mbps. Cities in Africa and South America, have slower speeds, typically no greater than 4Mbps. 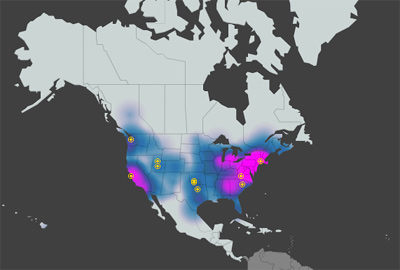 Russia leads the list of countries from which cyber attacks were originated, accounting for almost 22% of all attacks worldwide. Brazil was second on that list. Attacks were discovered from 207 different countries, slightly more than those observed from 201 nations in the second quarter.

Akamai also analyzed the mobile internet market. Average mobile connect speeds with Verizon Wireless, AT&T, and Sprint were all between 700Kbps and 800Kbps.