The race is not over yet! Fans of Sid Meier and strategy games, rejoice! 2K Games announced that Sid Meier’s Civilization V is currently in development at Firaxis Games for PC.

Civilization V reinvigorates the classic turn-based strategy genre with an new engine built from the ground-up for this flagship edition of the Civilization franchise. Players are introduced to an entirely new combat system, deeper diplomatic interactions and a cavalcade of expanded features that deliver a fully immersive experience. 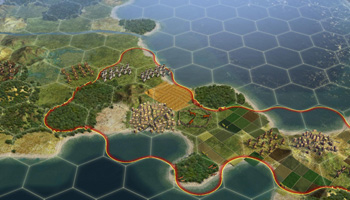 The Civilization series has been one of the most popular strategy games of all time, and has a loyal following of fans. The game has been around for about 20 years, and it’s very interesting to see its development along the years.