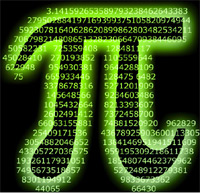 Today is a very special day – Pi Day! Not only is March 14th Pi Day, it’s also Albert Einstein‘s birthday, and both of these important events are celebrated together.

With the use of computers, Pi has been calculated to over 1 trillion digits past the decimal. Pi is an irrational number meaning it will continue infinitely without repeating. The symbol for pi was first used in 1706 by William Jones, but was popular after it was adopted by the Swiss mathematician Leonhard Euler in 1737.

cast frozen H2O into the symbol for your favorite irrational number. The chicks will swoon when you hand them a drink filled with Pi ice. 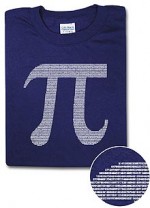 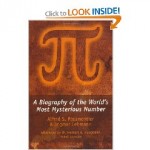 Pi: A Biography of the World’s Most Mysterious Number

In this delightful layperson’s introduction to one of math’s most interesting phenomena, Drs Posamentier and Lehmann review p’s history from pre-biblical times to the 21st century, the many amusing and mind-boggling ways of estimating p over the centuries, quirky examples of obsessing about pi.

One Response to “Happy Pi Day!”