The Shark Lady May 18, 2010 Hacking and Security, Social Networks No Comments 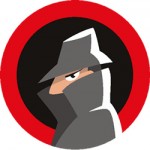 A massive spyware attack on Facebook was launched during the past weekend.

Social networks are viral by nature – when a user installs a Facebook app, there’s usually an update on their feed. Then their friends install it, etc. This viral behavior makes it very easy for rogue and dangerous apps to spread.

“This latest issue really underscores how powerful, while at the same time vulnerable, social networking applications are. This attack was actually stunning in terms of scale,” said Roger Thompson, AVG’s Chief Research Officer.

This specific attack, which offered a picture of a girl in a bikini to entice the victim to install an adware-supported viewer, was not viral according to AVG researchers, and was first seen in different forms last week.

Last week’s rogue push peaked at about 80,000 for the day, and had dwindled to just a couple of hundred per day by Friday, May 14, 2010. At that point AVG researchers were hopeful that the adware attack would cease; however, all indications point to the fact that they were just gearing up for a fresh start… and a powerful one at that.

Remember to keep your anti-virus software up-to-date, and don’t install suspicious apps on Facebook or on your computer.