Deloitte Predicts: Tablet Computers will be the Hit of 2010 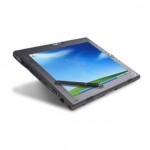 The Technology, Media and Telecommunications (TMT) practice at Deloitte predicts that 2010 will be the year of the tablet computers (dubbed NetTabs). According to the report, the tablet – larger than a smartphone and with wireless connection with a touchscreen display – will have its ”breakout year” over the next 12 months. Deloitte claims that tens of millions of these computers will be sold in 2010.

“The rise of the net tablet could constrain the growth of the nascent e-reader market,” said Jolyon Barker, global lead for TMT, “For every million net tablets sold there will be a corresponding impact on e-readers.”

NetTabs will be purchased by tens of millions of people in 2010, predicts the report. The NetTabs are expected to meet specific consumer needs compared to smartphones on the one hand – which are still a bit small for watching videos or even Web browsing – and notebooks, netbooks, and ultra-thin PCs, on the other – which are too big, heavy, or expensive.’

More of the report: in 2010, the newspaper and magazine industry will continue to threaten to charge readers for online content, however that talk is unlikely to be matched by action. Publishers rumored to be thinking about pay walls may ultimately decide against it, or are choosing hybrid models where most content is free, while charging only for a limited quantity of premium content.

Online readers might be willing to become micropayment customers, but only if the content is good enough and worth the effort. For some, acquiring an article for 30 cents online may not justify the time taken to enter credit card details. Also, the value of the micropayment strategy to the content provider requires volume: one micropayment per customer every two weeks might result in transaction costs exceeding gross margins.

The Fate of the Chip

Deloitte also predicts that the computer chip industry is going to focus on size and low-cost rather than performance and power. This move will be driven by portable devices such as netbooks and laptops – especially as the more economical chips require less electric power.