The Shark Lady May 10, 2012 Business, Internet No Comments 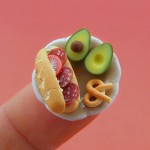 Etsy, the online community for selling hand-made art and general goods, is gaining popularity fast. The site has been around for several years, but at first it was considered a niche site, for small businesses and artists, who needed a platform to sell their hand-made goods. Sort of like eBay, but much smaller.

The site has gone through several changes in the last few years. It now offers advanced tools for sellers, that allow them to advertise their shops, there are versions of the site in French and German, and in the mobile spirit – an iPhone app. Last year, Etsy had the biggest holiday sales in its history.

On Wednesday, the company announced it was raising a $40 million Series F round in venture financing. Investors include Index Ventures, Accel Partners and Union Square Ventures among others.

Etsy has 875,000 sellers who are actively selling art and other goods on the site. The site has about 15 million users worldwide.

Is Etsy really worth that much money? Business Insider think it does, and explains why.