February 4th, 2000, marked the birth of The Sims – one of the most successful video games of all times. There are quite a few people out there, including me, that don't understand the attraction of this somewhat-mundane RPG. 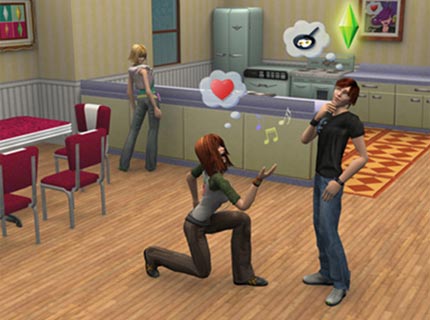 One of the most popular features of this game, in which you manage a simulation of the daily activities of one or more virtual persons (dubbed "Sims"),  is the ability to customize your character’s appearance, items, house and tastes. Fans have downloaded more than 100 million items of content created by players for the Sims 3. The most popular downloaded is hair, which has been downloaded 670,000 times. The site gets 6 million visitors a month.

The characters in the game speak Simlish – a unique language that was developed by experimenting with fractured Ukrainian, French and Tagalog.

The Sims influenced many cultural aspects. It's the only game franchise to grace the cover of Newsweek and IKEA even added virtual items to the Sims furniture catalog.