Gamers have more choices than ever when it comes to satisfying their fun needs. There are consoles, PC games, mobile games, web games and many in-between choices. It seems that the amount of choices isn't confusing for gamers, but helps in fueling the gaming industry. 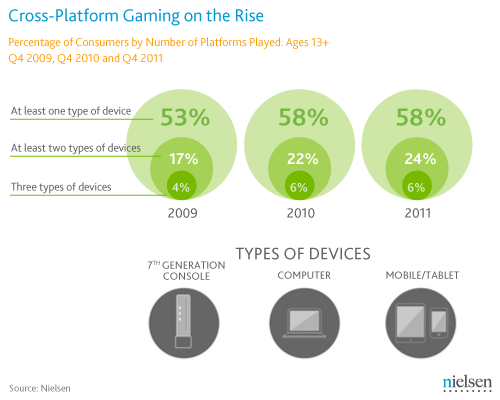 Where do gamers play? 65% of consoles are located in the living room. Nintendo Wii leads (75 percent) but Kinect for Microsoft Xbox 360 is helping to shift that platform toward communal spaces.

Not surprisingly, people buy a lot of their games online. E-commerce shopping trips for games are up 3 percent over last year, while other channels experienced declines.